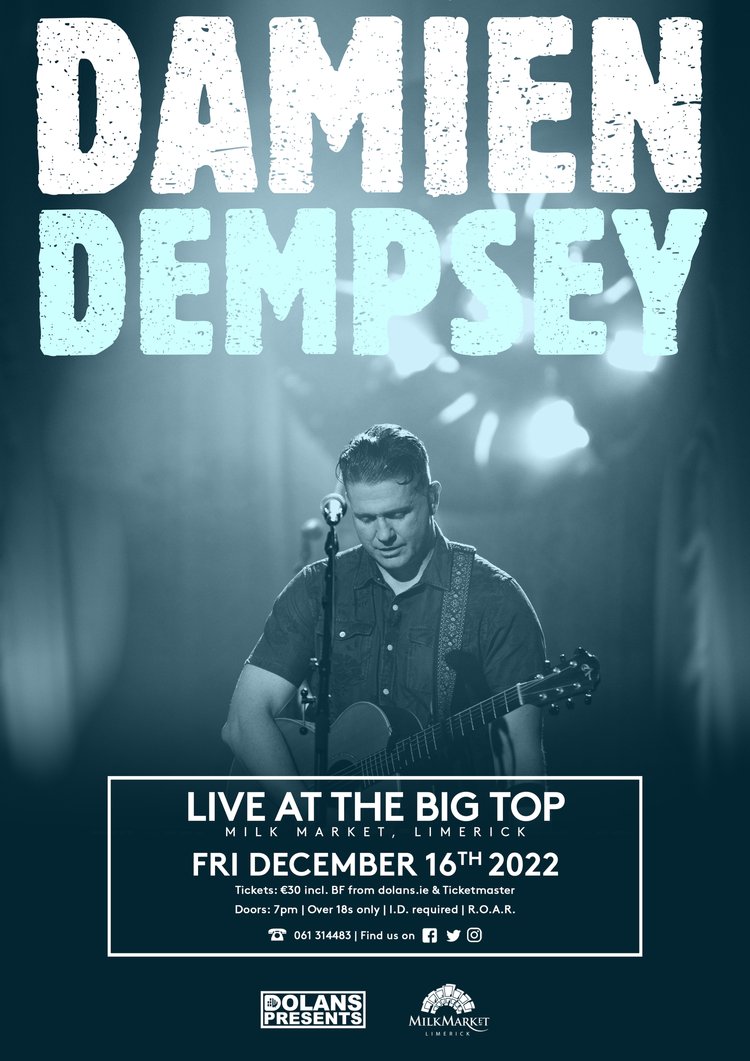 Damien Dempsey has a musical outlook profoundly shaped by the traditional working-class music he was exposed to as a child, as well as other artists who share his egalitarian social outlook: Bob Marley, Christy Moore, Luke Kelly, Shane MacGowan, and Elvis Presley. Since emerging as an exciting young talent in the mid-’90s, Dempsey steadily learned to control his wide variety of influences (which also included hip-hop and electronic music) while crafting an extremely original and personal style of folk music, attracting a myriad of all-star admirers including Morrissey, Sinéad O’Connor, and Bob Dylan. He graduated in 1995 from the highly competitive “Rock School” at Dublin’s Ballyfermot College of Further Education, and — as a testament to his craft — was chosen as one of the acts to represent the graduating class with a formal release on the college’s label. That release, the Contender EP, arrived in in 1995. Dempsey’s first commercial single, “Dublin Town,” followed two years later, and its immediate underground success was followed by a brief spell in the mainstream spotlight.