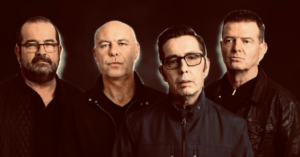 One of Galway’s leading hotels and concert venues, The Galmont have announced a massive show for Galway Race Week. Legendary Irish band Aslan will take to the stage on Saturday 30th of July to help you finish off your Race Week festivities on a high note!

Famous for their hit single ‘Crazy World’, Aslan, who took their name from the heroic lion in C.S. Lewis’s series of books chronicling the fictional land of Narnia (Aslan is the Turkish for ‘Lion’), emerged from the working class areas of Finglas and Ballymun in Dublin’s Northside in the mid 1980s and have been packing venues and delighting music lovers ever since!

Book your ticket now and don’t miss this huge show! It’s sure to be a highlight of the summer gig scene in Galway.