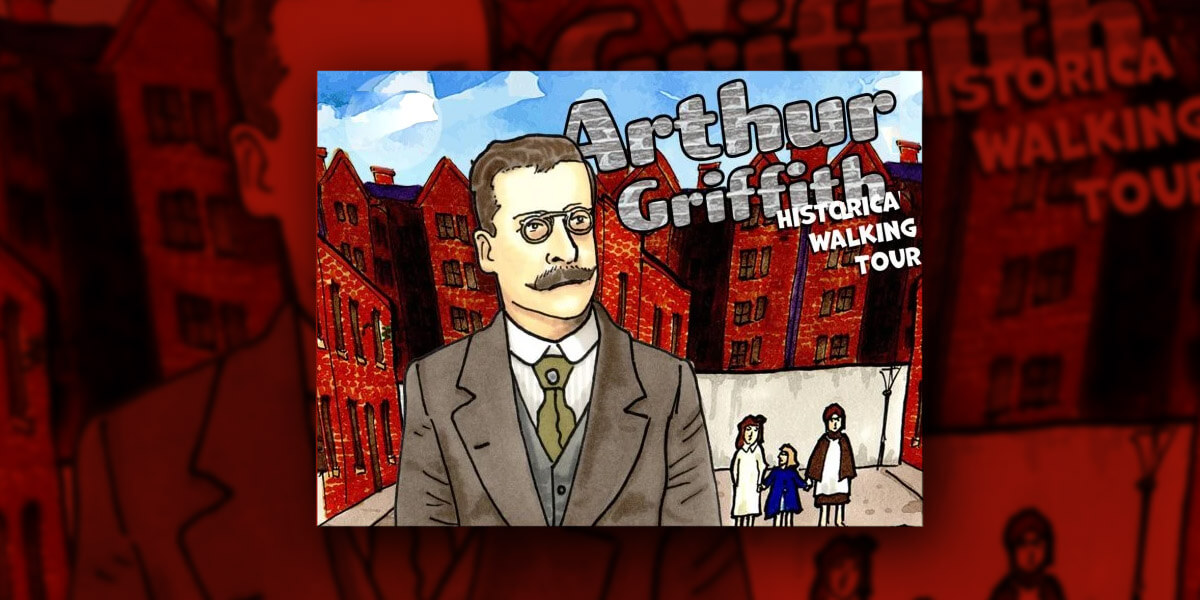 The people and places familiar to the founder of Sinn Féin, President of Dáil Éireann, and signatory of the 1922 Anglo-Irish Treaty are covered by historian John Seery in his new walking tour. Join John for a trip through Henrietta Street, Eccles Street, Blessington Street Basin, and other places associated with this controversial Dubliner; called ‘a mighty force’ by Michael Collins, and described as one of the bravest man he’d ever met by the Earl of Birkenhead, FE Smith, a key British figure in peace negotiations 100 years ago in which Griffith was also closely involved.

John will take you on a historic walk from Henrietta Street to Glasnevin Cemetery passing Arthur Griffith’s birthplace on Dominick Street.