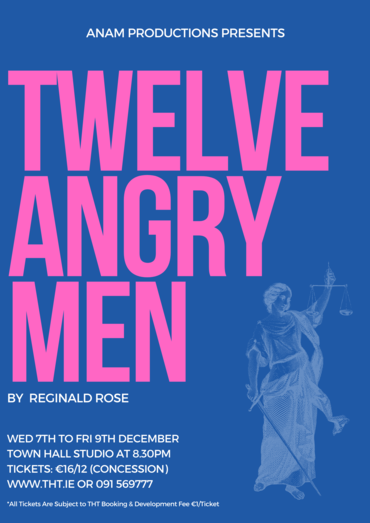 Anam Productions present a reimagining of this classic American courtroom drama. Set in a not-too distant future Ireland where far-right nationalists have risen to power and reintroduced the death penalty, twelve ordinary people must decide on the fate of a young man accused of killing his father.

First staged in 1955, Reginald Rose’s play retains a powerful urgency as it challenges the prejudice, misogyny, classism and xenophobia which lies not only at the heart of our justice system but also our society.