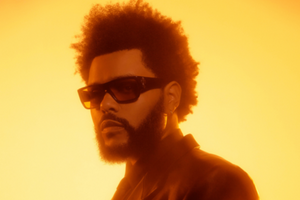 Diamond-certified and award-winning artist The Weeknd has announced 2023 dates for the expansion of his After Hours til Dawn Tour which includes a Dublin date at Marlay Park on 28 June 2023, subject to licence.

The tour celebrates The Weeknd’s 2020 album After Hours (it’s hit single “Blinding Lights” was named the new No. 1 Billboard Hot 100 song of all time, surpassing Chubby Checker’s 1960 hit “The Twist”), as well as his critically-acclaimed album Dawn FM, which was released January 2022. Kaytranada and Mike Dean will join The Weeknd on all European dates.

United Nations World Food Programme Goodwill Ambassador Abel “The Weeknd” Tesfaye will again partner with the U.N. World Food Programme to contribute funds from the second leg of the tour to the XO Humanitarian Fund, which supports the organization’s response to the unprecedented global hunger crisis. €1 from each ticket sold across Europe, £1 in the UK and the $1 equivalent in countries across Latin America will go to this important cause. The fundraised money during the North American leg of the tour through ticket sales, proceeds from an exclusive tour t-shirt, and a $500,000 donation directly from The Weeknd. The Weeknd’s corporate partners, tour venues, World Food Program USA board of directors and supporters also stepped up to contribute, as well as tour sponsor Binance, who contributed US$2 million to the fund.  The first grant of $2 million will be going to provide emergency food and nutrition assistance to the most food-insecure regions of Ethiopia.