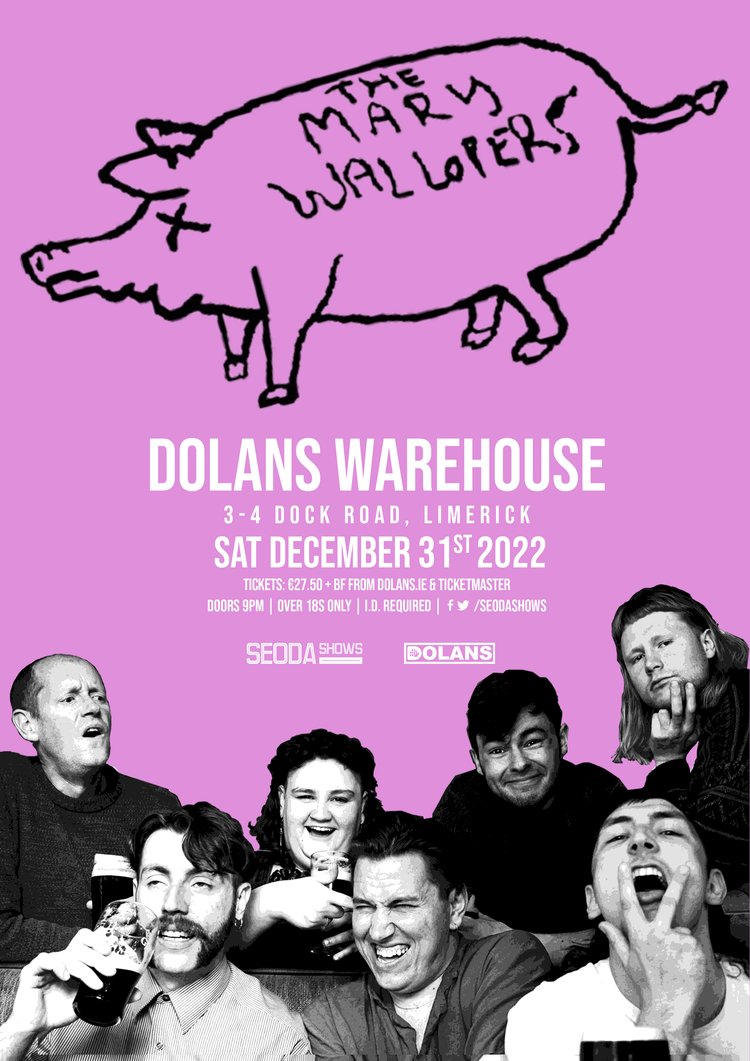 The Mary Wallopers – brothers Charles and Andrew Hendy and their friend Sean McKenna – started as a three-piece Irish ballad group traveling the length and breadth of the country singing & collecting songs. Their early live performances exuded a raw energy best described as Dead Kennedys meets The Clancy Brothers, and their first five track EP – 2019’s A Mouthful of The Mary Wallopers – perfectly captured their sound and ethos, one filled with warmth, intimacy, chaos and enough sparks ready to light any fire. To capture the chaotic energy of their famous livestream, the Wallopers expanded to a seven-piece, including Roisin Barret on bass, Brendan McInerney on drums, Seamas Hyland on accordion and Finian O’ Connor on tin whistle. When lockdown restrictions lifted, the band picked up where they left off, playing to ecstatic audiences of 1500 people a night at two sold out gigs at the prestigious Vicar Street in Dublin before blazing a trail through the UK, ending up with a raucous sold out date at the Powerhaus in Camden.