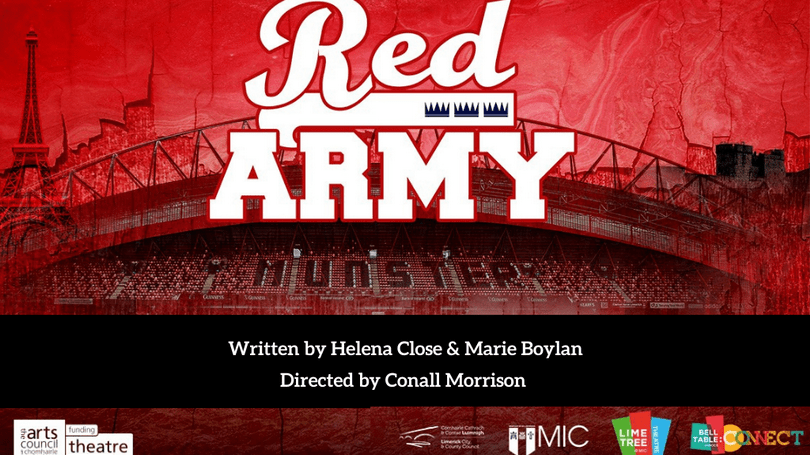 Four diehard Munster women are in Paris for their beloved team’s first rugby match of the season. Years following a team in decline show the cracks in their friendship. When team manager, Anthony Foley, dies hours before kick- off, it acts as a catalyst for honesty in their friendships as we shadow them from Paris back home to a grieving Limerick.

Their own personal stories unfold across a pivotal week, charting their friendships, their loves, and their daily lives in the shadow of Axel’s death. It culminates in one of the most important matches at Thomond Park as Munster take on Glasgow Warriors, just a day after the Limerick hero’s funeral. These women must now ‘Stand Up and Fight’ with their team and a highly charged Red Army, their lives changed forever.

Red Army is a celebration of Munster Rugby, of women as pundits and fans, a homage to Anthony Foley.  It’s our community, our family, our team. It is the story of dockers and doctors, and their insatiable passion for the game. Richard Harris says it best: It is the story of a love affair.