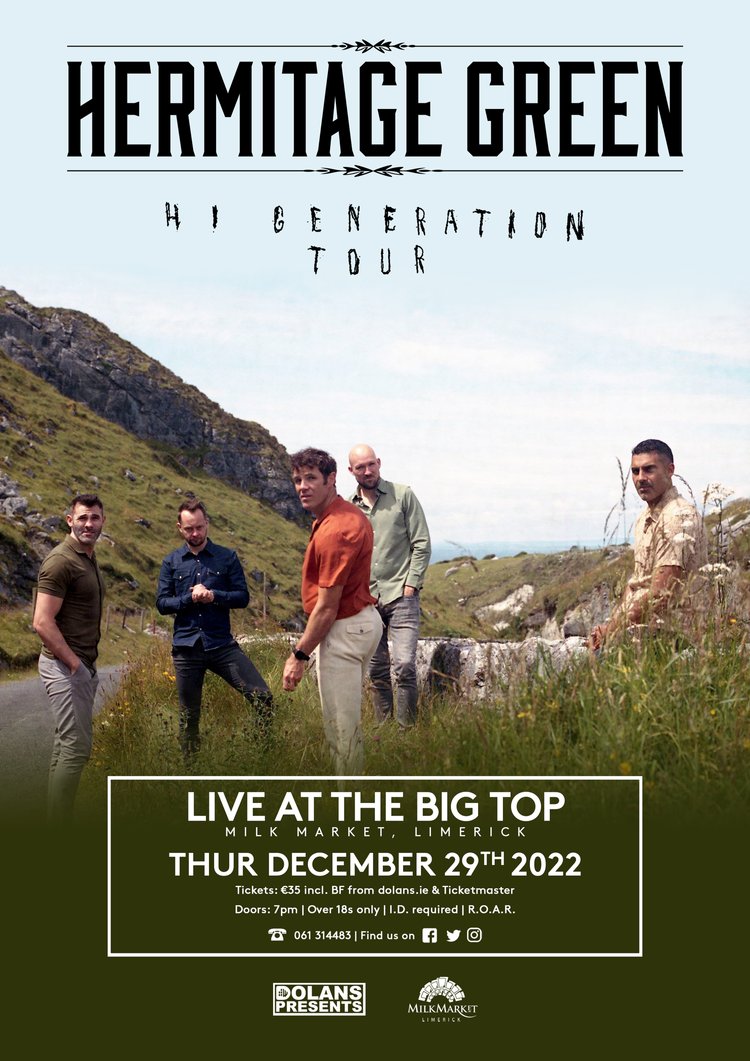 One of the most popular bands to emerge from Limerick in recent years, Hermitage Green made a significant impact on the Irish music scene with their first album, Save Your Soul.

The band’s debut record was followed in 2017 by the EP, ‘Gold and Rust’, produced by Matt Lawrence (Adele, Amy Winehouse, Mumford & Sons), which received critical acclaim. The Limerick five-piece have developed a huge international following, performing sell-out shows across Ireland, the UK, the Middle East, Australia and the US.