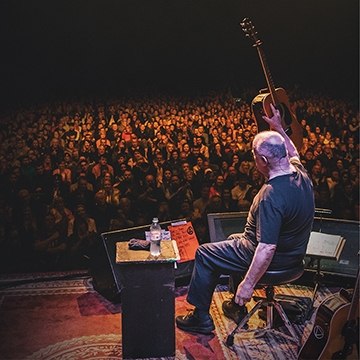 Today legendary singer/song writer Christy Moore announced 12 dates at Dublin’s Vicar Street which will commence on 23 November. The dates are spread across November, December and January.

It is his deep urge to connect with the listener and to transmit the meaning of the songs he sings that has endeared him to audiences of all ages.  Christy has released more than 25 solo albums from Paddy on the Road (1969) through to his multi-platinum pair of live albums, On the Road and Magic Nights (2017 & 2019).