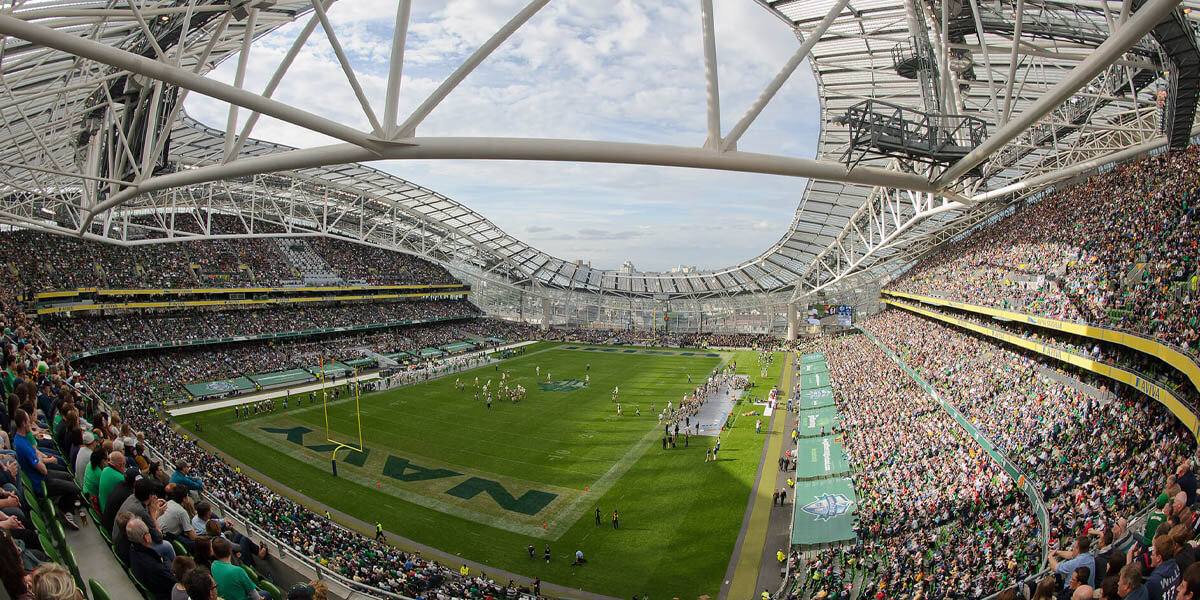 The Northwestern Wildcats will pack up and head to Ireland when opening the 2022 season against Big Ten-foe Nebraska as part of the Aer Lingus College Football Series in Dublin. Northwestern University, the University of Nebraska and Irish American Events Limited are partnering to take an American Football game to Aviva Stadium in Dublin on Aug. 27, 2022.

The Northwestern-Nebraska game is the first in a series of games in the Aer Lingus College Football Series and will be the first Northwestern Wildcats game played outside the United States.

The 2022 game will be the 13th meeting for Northwestern and Nebraska on the football field with Nebraska winning seven.